With spring and summer in the air I thought it only fitting to have a look into the magical world of tomatoes.  The versatility of  tomatoes are endless and that’s what makes them one of my favorite ingredients.  We can all use them in every single course and yes even dessert.  Can you imagine  the Spaniards or the Italians cooking without the use of tomatoes?  The biggest question to many comes down to this, is a tomato a fruit of a vegetable? Well, let’s look at what a fruit is first.  By definition a fruit is the mature ovary of a seed plant, usually developed from a flower. Fruits have seeds so they further the reproductive cycle.  A vegetable is a plant or that part of a plant which is edible, and does not necessarily have a role in the plant’s reproductive cycle.  However, there will always be a big debate on what is what because in the culinary world an eggplant and a bell pepper for example both have seeds, which by definition makes them a fruit.  The fruit vs. vegetable debate can sometimes reach a boiling point that the law has no choice but to step in.  In the 1893 United States Supreme Court case Nix. v. Hedden, the court rule unanimously that an imported tomato should be taxed as a vegetable, rather than as a (less taxed) fruit.  The court claimed that a tomato is a botanical fruit, but went with what they called the “ordinary” definitions of fruit and vegetable — the ones used in the kitchen.  For this F & B guru I always refer to the tomato as a vegetable.  I cannot imagine a tomato served as part of a fruit display, blah!!

Tomatoes originated from Peru (the name comes from the Aztec word tomatl) and were imported into Spain the the early 16th century.  But here’s the kicker, until the 18th century tomatoes were considered to be poisonous and remained an ornamental plant with names like ‘Peruvian apple‘ or ‘Acacia‘.  In southern France the tomato was known as the ‘love apple‘ or ‘golden apple‘, a name also used in Italy, ‘Pomodoro‘.  When it’s properties as a vegetable/fruit were finally realized the tomato became established in Spain, then the Spanish Kingdom of Naples, then the north of Italy, France and Corsica.  It was not until 1790 that the tomato made it to Paris and really caught on in the entire region.  In a 1797 publication of  Encyclopedia Britannica it was stated that the tomato was in daily use in Britain, but in fact the tomato didn’t get fully established until the early 19th century.  Today it remains one of the worlds most widely used ingredients!

As we all know, tomatoes come in all shapes and sizes, along with a multitude of varieties.  The U.S. Department of Agriculture states that there are 25,000 types of tomatoes, however it is widely agreed that 10,000 distinct tomato cultivars exist.  As a matter of fact given all these varieties out there I often get the question, “is there a specific variety of tomato you would use for specific type of recipe?”  Commonly, I will say use your favorite tomato, however, when working in a kitchen as an Executive Chef you must order a specific kind of tomato for your recipes.  For example, if I am going to make fresh tomato basil I will undoubtedly go for Roma tomatoes, on the other hand if I am going to present a plate of a plate of fresh mozzarella, tomatoes, and basil then I am going for the nicest beef-stake tomatoes on the market.  Stick with the tomato that is right for your budget!  Growing them is pretty easy and fun!  I find here in Utah that cherry tomatoes, roma tomatoes and Early Girls grow amazingly well among several other varieties.  Furthermore, I must admit, our local tomatoes are absolutely dazzling.

Canned tomatoes for sauce is a whole different ball game.  Canned tomatoes, specifically San Marzano, are my pick!  These tomatoes come from the small town of San Marzano sul Sarno, near Naples, Italy and are thinner and more pointed.  The flesh is much thicker with fewer seeds, and the taste is stronger, sweeter and less acidic.  These are my favorite tomatoes fresh or in the can and the one tomato I recommend the most.  *What ever you do, my advice is to stay away from anything but vine ripe.  Gassed tomatoes are out there in the market place and literally get gas overnight, usually at the produce companies warehouse.  You will know a gassed tomato when it has a nice appearance and looks like a winner, HOWEVER, when you go to pick it up for inspection, you will find it to be firm or maybe just plain hard and practically odorless.  People say they are good for sandwiches and quite frankly they do hold up well on a sandwich.  For this reason, as well as a long shelf life, they are widely used in the culinary world.

In the end when picking the proper tomato, think flavor, budget, and overall usage.  My advice, like any ingredient, is to have fun with it and try as many as you can!  One of my favorites will always be the robust heirloom tomato.  Pricy, but excellent!!

And remember, “An excellent Chef can make the cheapest ingredients taste amazing!”

2 thoughts on “The Wonderful World of Tomatoes” 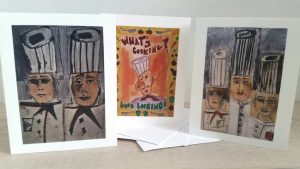